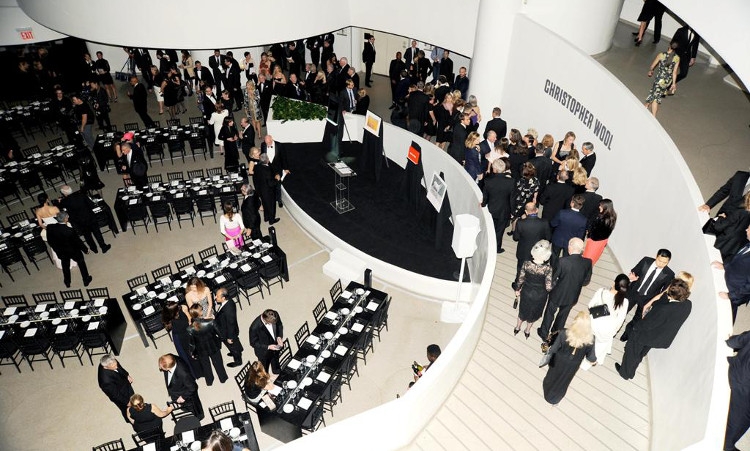 Wednesday night, the legendary rotunda by architect Frank Lloyd Wright pulsed to the sounds of the London group The xx, bringing together a significant dose of New York society and contemporary art lovers.

The xx is the product of four friends who met on the benches of The Elliot School in the west London district of Putney, and who would go on to become in 2009, with the release of their eponymous first album, one of the year’s greatest music discoveries. Since then, they have enjoyed sold-out gigs, their remixes are played on a loop in the world’s trendiest clubs, and their last album, Coexist, released in 2012, served only to confirm their talent.

It’s a talent recognized by Raf Simons, a big fan of their music, who chose the track Angel from that album to open the spring-summer 2013 haute couture show. From the very first notes we’re blown away by Jamie Smith’s stunning arrangements, then the smooth voices of Romy and Oliver that seem to hum in our ears. The music of The xx is just that – sounds that surprise, deconstruct and experiment with a new genre. Wednesday night, the famed circular space in New York’s Guggenheim Museum was transformed into a dance floor where the DJ duo Jon Rust and Nic Tasher, and then the Brooklyn-based synth pop duo The Chairlift, known for their track Bruises, performed alongside The xx.

More in this category: « Azimut Benetti Yachting Gala Exhibition »
back to top