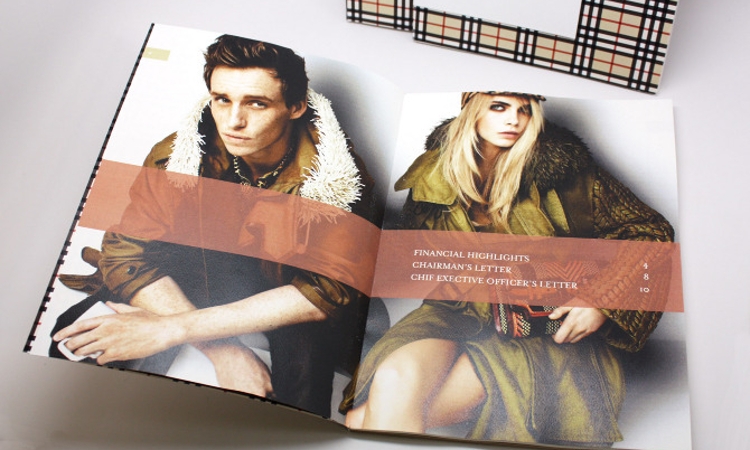 urberry announces strong quarter, with retail sales up 15% underlying and double-digit comp growth in Americas and EMEIA. Highlights for the three months to 31 December 2014Retail revenue £604m, up 15% underlying

Comparable sales up 8%
- Double-digit % growth in Americas and EMEIA
- Low single-digit % growth in Asia, reflecting
- Disruption in Hong Kong, a high margin market
- Robust performance in mainland China and Korea
- Digital again outperformed in all regions
Further operational progress
- Successful launch of festive campaign
- Strong performance from heritage trench coats and cashmere scarves
- Exceptional response to runway-inspired ponchos
- Flagship store opened on Rodeo Drive, Beverly Hills
- New Omotesando, Tokyo store and two additional concessions opened in Japan, ahead of licence expiry later in 2015
- First dedicated beauty store opened in Asia, in Seoul, South Korea
Christopher Bailey, Chief Creative and Executive Officer, commented:
"We’re pleased to report a strong performance over this important period, during which our teams worked tirelessly to bring the very best of the brand to the customer in our stores and online. 15% underlying growth in retail sales reflects this commitment to every element of the customer experience, from product, to marketing, to service.

Looking ahead, we will bring equal focus to maximising the opportunities of the final quarter – including Lunar New Year – while being mindful of what remains a challenging external environment."
At £604m, retail revenue in the third quarter increased by 15% underlying and 14% at reported FX. Comparable sales growth was 8%, with the balance from new space.

During the third quarter, we opened five mainline stores and closed four. Openings included relocations in Beverly Hills and Tokyo, as well as our second dedicated beauty store globally, in Seoul, South Korea. Two additional concessions were opened in Japan, ahead of the licence expiry later in 2015.
Outlook

Wholesale: Excluding Beauty, we still expect wholesale revenue at constant exchange rates to be down by a mid single-digit percentage in the six months to 31 March 2015 (2014: £240m), with a more cautious approach from wholesale customers selling to the European consumer and in Asian travel retail markets. For Beauty, wholesale revenue is expected to grow by about 25% at constant exchange rates in FY 2015.

Retail/wholesale profit: In the first half, exchange rates significantly affected reported profit. If exchange rates* remain at current levels, we still do not expect a material impact in the second half of FY 2015.

At the interim results in November, we said that we expected some downward pressure on the full year retail/wholesale margin, reflecting the negative impact of exchange rates, a more difficult external environment and continued investment in key initiatives to drive long-term profitable growth.

Since November, there has been a modest improvement from exchange rate movements, but this has been more than offset by, primarily, the slowdown in Hong Kong and the change in the regional sales mix.

Licensing: For FY 2015, we expect broadly unchanged revenue at constant exchange rates in both Japan and from global product licences. At current exchange rates*, reported licensing revenue in FY 2015 will be reduced by about £10m given the movement in the sterling/yen rate.