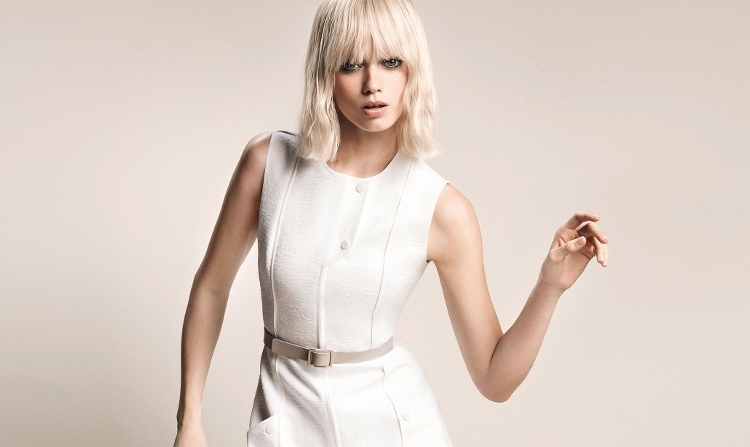 The new BOSS Womenswear collection reveals it. Only the second season for the brand’s recently appointed Artistic Director, the celebrated designer mixed precise tailoring with soft, unstructured fabrications while experimenting with unconventional pairings–like a tailored suit with relaxed, drawstring pants–and seamlessly combined the informal and formal, rendering the lines between day and night obsolete.

“My tenure at BOSS is about changing people’s perceptions and expanding the horizon of what the brand can be,” Jason Wu said to press backstage following the Spring/Summer 2015 show.

For the new season, confidence and clarity in vision were key for Jason Wu, who was able to combine the traditions of the label BOSS while celebrating newness. This was achieved by using subtle details and finishes, nouveau constructions and prints, and the collection’s overall styling.

Next, graphic patchwork in the forms of dégradé art spray prints and irregular pinstripes were fashioned into formidable dresses and separates with delicate silhouettes and lines.

Judging from the collection’s resoundingly positive reception, it’s no wonder that New York-based designer has succeeded in ushering a new era of boundless possibility at BOSS. Until Fall/Winter 2015.

More in this category: « Exploring New Heights The first rays of sun in a misty morning »
back to top