Bombardier Secures Order for up to Nine Learjet 75 Business Aircraft 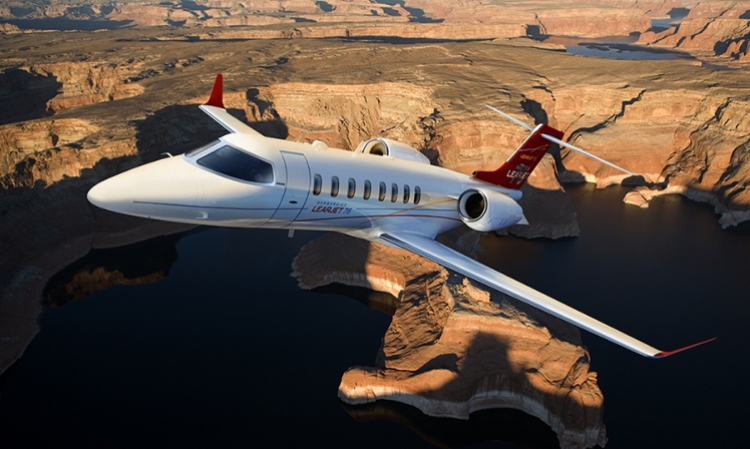 Bombardier Business Aircraft announced today that it has received a firm order for six Learjet 75 business jets with options for an additional three Learjet 75 aircraft from an undisclosed customer. The transaction for the firm aircraft is valued at approximately $83 million US, based on the 2014 list price for typically equipped aircraft. If all the options are exercised, the total value of the order is approximately $124 million US.

Learjet 75 aircraft: With a maximum range greater than 2,000 nautical miles at cruise speeds up to Mach 0.75, the Learjet 75 aircraft will be able to fly four passengers and two crew members non-stop* from Los Angeles to Toronto and Toluca to Bogota. Additionally, it will be able to handle a range close to 1,950 nautical miles with eight passengers*.

Bombardier is the world’s only manufacturer of both planes and trains. Looking far ahead while delivering today, Bombardier is evolving mobility worldwide by answering the call for more efficient, sustainable and enjoyable transportation everywhere. Our vehicles, services and, most of all, our employees are what make us a global leader in transportation.

Bombardier is headquartered in Montréal, Canada. Our shares are traded on the Toronto Stock Exchange (BBD) and we are listed on the Dow Jones Sustainability World and North America Indexes. In the fiscal year ended December 31, 2013, we posted revenues of $18.2 billion.

More in this category: « Azimut|Benetti Group is the world’s leading builder of over 24-meter yacht Ferretti Group America to increase yacht showcase »
back to top