Venice, not only for lovers 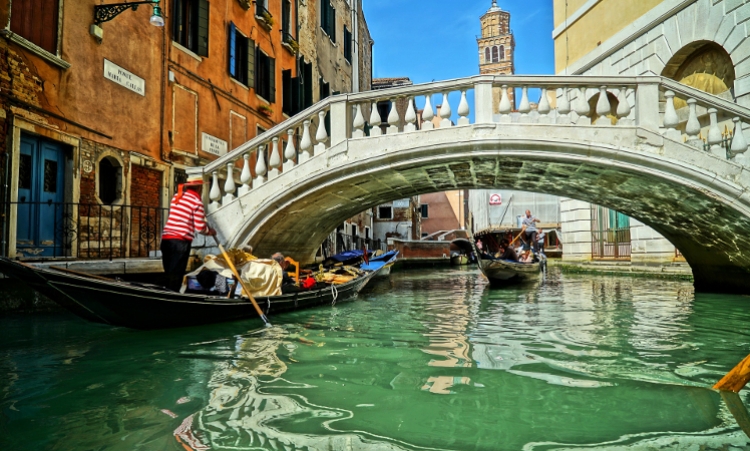 Venice is one of the cities considered to be an ideal place to spend a holiday for people in love - romantic gondola cruises, walking through its narrow streets and long hours spent in local cafés and restaurants. But Venice offers a lot more.

Gondola trips along the Grand Canal are one of the most popular attractions in Venice. They are a unique opportunity to hear fascinating stories about the city from gondoliers. Virtually every Venetian bridge and canal has some interesting legend associated with it, so it’s worth taking the time to talk to locals.

After marvelling Venice from a gondola, set out to explore the city on foot. Must-see points in Venice are above all: the Doge's Palace, St. Mark’s Basilica, Ca 'd'Oro and the Spanish Synagogue.

There are also many buildings associated with opera and operetta in Venice. The city is called by many the European capital of opera. One of the most interesting opera houses located in Venice is the Teatro La Fenice.

When discussing attractions in Venice, we cannot forget the carnival which takes place each year for 10 days from the Sunday before Fat Thursday. The tradition of the carnival dates back to the Middle Ages. However, it was not until the end of the last century when it was restored (the carnival was banned during the reign of Napoleon Bonaparte until 1980). The end of the carnival indicates the start of Lent.

Venice changes beyond recognition during the carnival, especially around St. Mark’s Square. The city takes on a dazzling array of colours and is vibrant all day and night. The carnival’s characteristic masks and costumes are the most popular souvenirs in Venice. They are made to resemble those used in commedia dell'arte, whose popularity was at its peak in Venice in the sixteenth century.

More in this category: « Win against yourself Halfway Disappeared – an exciting new sound »
back to top