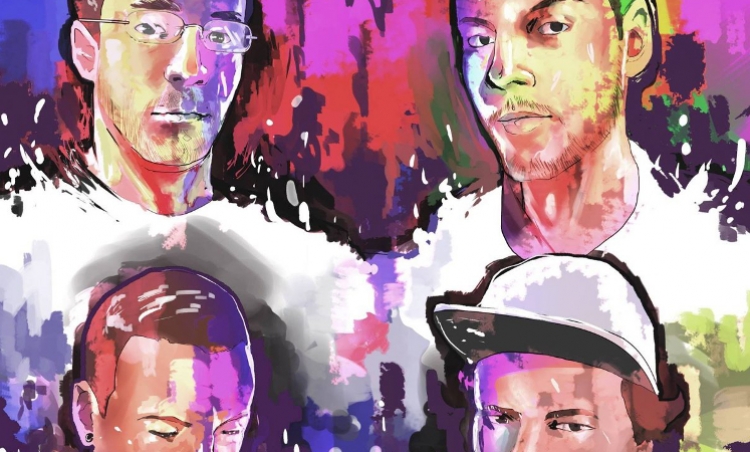 Do you enjoy listening to interesting, energetic sounds based on alternative rock with elements of funk music? If that is the case, then you are in the right place.

Halfway Disappeared is a band which shows that alternative rock can be music for every listener who values interesting musical arrangements.

You can try and describe the band's music in a few sentences, but it won’t be enough to capture its brilliance. If you are curious and want to find out more about their music, then attending their concert is a must to truly experience what this band is about. You’ll soon find yourself falling in love with alternative rock with a touch of funk, punk and psychedelic rock music.

Halfway Disappeared is comprised of true musical fanatics, who have been playing music since their childhood. It’s a four member band which includes a guitarist, bassist, drummer and vocals, can create an impressive show that gives the fans a good dose of positive energy.

Fans of the band say that every concert is full of passion. They have more motivation every day to fulfil their own passions. In addition, they claim that the band's music is addictive. Anyone who has been to their concert admits that since then they keep counting down the days to the next event.

This young band, created in 2016, already has a large number of fans. Success was achieved not only thanks to their true love for music, but also because the band consists of talented and skilled instrumentalists. After some time, when listening to their songs, they came to the conclusion that their music wanted to be sung to. Therefore, they invited another member - the "voice". This is how Basti became a member of Halfway Disappeared.

In the band's work, you can feel genuine passion for music and joy (see Free Music). This makes listening to every second of their songs a real pleasure.

More in this category: « Venice, not only for lovers Tickets for FC Barcelona matches at Nou Camp »
back to top