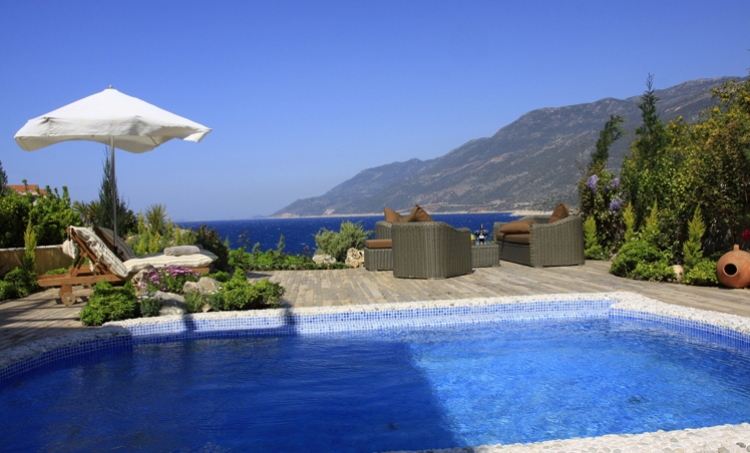 An access road weaves its way through the trees before revealing one’s first glimpse of Amanruya and its graceful setting. Inspired by the region’s traditional architecture and building methods, the resort ascends through a series of levels, offering a variety of courtyards and terraces. This creates the intimate ambience of a village while still providing a sense of space and luxury. The resort combines Mediterranean and Ottoman architectural design elements, all the while complementing and respecting the property’s pristine natural surrounds.

Amanruya provides a number of excursion options to the wealth of classical sites in the region, including the ancient ruined cities of Didyma, Miletus, Priene and Ephesus. The region also offers natural distractions including winding trails ideal for hiking, mountain biking or horse riding, and beautiful beaches and forest glades ideal for picnics. Boating and other water sports take precedence throughout the summer months, and a golf club offers avid golfers their fix.

bodrum
Called Halicarnassus in ancient times and situated just south of Amanruya, Bodrum has long been a favoured summer destination for Turkish city dwellers. Cafes, restaurants and bars have flourished along the city’s marina which is also the starting point of day trips to various Greek islands. Sailing around the Bodrum Peninsula on a gulet is an experience not to be missed.

Shopping in and around Bodrum is quite an adventure, with dozens of shops lining the busy narrow streets. Bodrum also offers a varied nightlife scene. Joining in the singing, dancing, eating and drinking at one of the local meyhanes (taverns) is an unforgettable experience. Bodrum also offers a number of historic sites including its most prominent landmark – the 15th-century Castle of St. Peter.

didyma
Didyma is a prime tourist attraction due to the ruins of the world-renowned Temple of Apollo, built in the 7th century BC to honour the god of prophecy and oracles. By 500BC, this shrine had become one of the leading oracles of the Greek world, second only to the great oracle at Delphi.

miletus
Miletus flourished as a centre for art and industry in its heyday, and its most striking attraction today is the 15,000 seat theatre, dating from AD100. The Baths of Faustina, dating from AD43 and named after the wife of Emperor Marcus Aurelius are another site worth visiting, and the inspiration for the modern Turkish bath or hammam.

priene
The ancient city of Priene enjoys a breathtaking setting between mountain and river and is believed to have been settled before 1,000BC. Remarkably well preserved, the city offers the Temple of Athena, built in the 4th century BC as directed by Alexander the Great. The theatre, dating from the 3rd century BC could seat 5,000 and the stadium still today features starting blocks for athletes and a gymnasium adorned with 2,000-year-old, school-boy graffiti.

ephesus
The ruins of Ephesus (Efes), an ancient Greek city and later a major Roman city, are situated a 2½-hour drive north of Amanruya and can be visited on a day trip taking in Didyma, Miletus and Priene on the way. Other ancient sites worth visiting could include Labranda, Herakleia, Euromos and Pamukkale, with its hot springs, travertines and terraces of carbonate minerals.

Built around 1,000BC, Ephesus is one of the greatest ruined cities in the western world. Most of the surviving structures date from the Roman period when the city became the chief port on the Aegean. Noteworthy sites include the Library of Celsus, the Temple of Hadrian, the Gate of Hercules, the theatre and the Colonnaded Street. The House of Mary is another attraction: It is said that the Virgin Mary spent her last days here being looked after by St. John the Evangelist.

More in this category: « The Most Luxurious Hotel in The World Exlusive resorts in Puerto Rico »
back to top