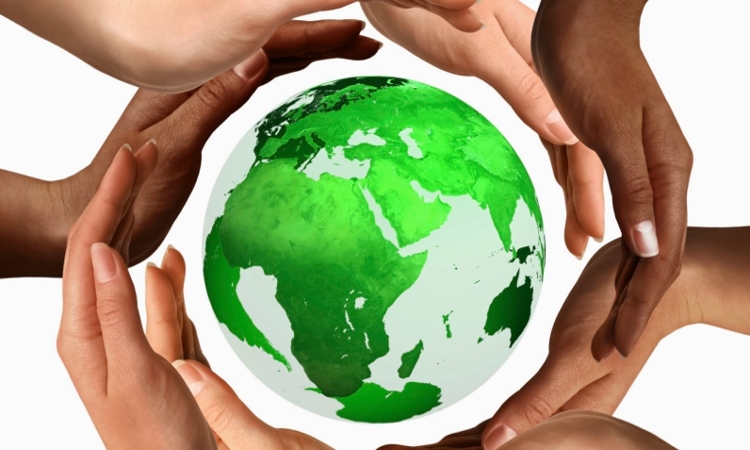 When asked for an opinion on environmental issues, people tend to fall into two categories.

The first one is usually convinced that caring about environmental issues is just "the right thing to do", though when caught in the discussion, they usually do not have sufficient arguments to convince malcontents - the second group. They are express strong disbelief in initiatives created to develop or support environmentally friendly policies, businesses, awareness campaigns. Though, where is the third group? The curious ones. Well, if you don't want to take a stand in this dispute and just be up to date with the newest green mobility trends here is a list of 5 for you to begin with.

Electric cars. Are they really green?

It would be a huge change in the world dominated by the petroleum-based car industry. For more than a century we’ve learned to accept the car as one of the quickest, convenient ways to travel, move houses, ship things.Though, few seem to be concerned about its long-term impacts on environment condition and peoples’ wellbeing.
European Commission tries to make us alert and aware of these things: „Transport is responsible for around a quarter of all EU's greenhouse gas emissions and is a major cause of air pollution and related health problems in urban areas.” Cars powered by batteries projects, deemed to be among the most promising solutions for air pollution struggle, have been developed for years now and have many supporters.
Although, as with every fresh idea, when early enthusiasm drops we are struck with questions and doubts. What’s the environmental impact of batteries production? Aren’t modern, low-emission cars enough to win this battle? Electric cars are charged by power plants, that are not always clean. So, it seems that it depends on where do we plug in.
There are many ‘it depends’ here, let’s hope that scientists will solve most of them before recommending this solution, as the one we should really apply in everyday life.

Can you imagine green carpet on the roof of the bus that you catch every day to get to work on time? Isn't that make you feel better already? No, it's not about aesthetics. It's about the CO2 emissions that this type of transport is responsible for and it's dangerous (in long term perspective fatal) effects on human beings and the environment.
There have been some interesting ideas developed in Spain and China and as it turned out they do have followers in other countries. Greening buses provide additional thermal and sound insulation, stores rainwater, reduces heat island effect, and is deemed to be a great aid in battling air pollution, that we struggle with so severely nowadays. It seems to be working in Spain though. Marc Granen started his green initiative in Girona, Spanish province, where he installed plants on the top of buses and vehicles.
Well, it all sounds suspiciously flawless, to the point that you stop believing it’s true. Indeed, researchers pointed out some constraints that need to be considered before introducing this idea worldwide. So, imagine how many layers will live on the top of a bus, to support the growth of those plants and provide proper insulation. Will this affect the driver and people inside the bus? What skills does one need to drive a bus like this? What about equipment, usually installed on the top, like GPS, antennas, various tracking systems. More importantly, evacuation points would need to be moved. To be honest, it is not easy to formulate opinion now, so let’s see how the story unfolds in the next few years! Green roofs were chosen to be one of the six schemes to ensure positive change in the urban environment in Spain.
China followed with the idea of  „vertical forests” in Nanjing. Two towers covered with 1 100 trees and 2500 cascading plants designed by Stefano Boeri, Italians architect. Those plants are expected to absorb 25 metric tons of carbon dioxide a year. The first vertical forest was built in Milan, so the idea is already being tested!

Trying to battle CO2 emissions with greening buses, cities, generating oxygen and absorbing carbon dioxide is still a drop in the ocean. What about a solution that can be used by everybody and be suited to your everyday needs. We all need to ship something from time to time. Though the way transit works is not ideal at all. Inefficient logistic chains, truck drivers making hundreds of miles with their trucks empty, struggling to arrange return loads on time.
Here is the tool to fight inefficient transport – online transport marketplace gathering thousand of people – both looking for transport and the ones who can provide it.
If you have goods that need to be transported or you plan to move house, just list your items here, choose a pick-up and delivery location and that’s it. It’s free. You just need to wait now for transport providers to bid on your listing. Online marketplace gives transport providers the opportunity to schedule transport jobs wisely, so they do not come back empty. If your route is along the trip they are already planning to make you can expect to get great quotes.
The best thing is that transport providers registered on the website travel worldwide, so whenever you need to transport something to Germany, Spain, Norway etc. you just specify the route and pick a transport provider who has already planned to make a similar journey.

You name it! Just pick your favorite way to slide down the streets or maybe I should say…couple centimeters above  J   In the recent Mobility Week Awards ceremony, Malmo  (Sweden) was announced the winner of European mobility week award 2016. Malmo’s noticeable focus on active traveling, such as cycling and walking have been strongly appreciated by the jury. You may check out cycling paths and pedestrian areas in Malmo yourself and support green mobility!

Don’t know how to skate or ride a bike? First of all, if you have ever taken on the challenge to learn any sport that requires you to balance your body, the first and hardest step is already behind you. Any sports discipline in which balanced body movement is important challenges your fears of falling down, losing control, injuring yourself. If you fight your insecurities (I admit this is the most annoying part, but you can do it!) and let yourself make mistakes you will see the progress unexpectedly soon.

As you can see, there are many ways in which you can support green mobility. Start from the cost-free one and then who knows, maybe you will be the next happy Tesla car owner? For now, let’s stay curious!
Tagged under

More in this category: « Faurecia - the interiors of future cars Armoured cars - not just on the battlefield »
back to top