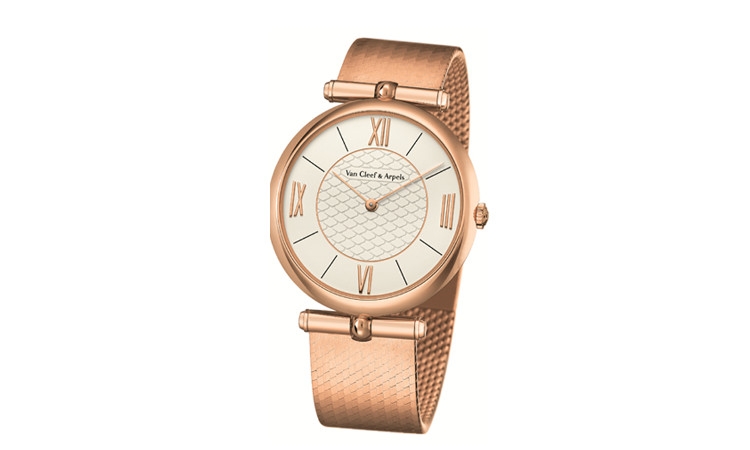 Created especially for Pierre Arpels in 1949, the watch that carries his name has become a legend, the symbol of a discreet and sophisticated elegance. In 2012, Van Cleef & Arpels offers a new interpretation, whose pure lines, although more contemporary, celebrate the original model and the spirit of its creator.

The round dial is still in white lacquer, but its center has been adorned with a motif depicting both the Van Cleef & Arpels hallmark and the honeycomb pattern of a black-tie shirtfront. The extremely thin, rounded attachment, located at the top and bottom of the watch, is still present. Its simplicity accentuates the quiet elegance of the watch which sits so lightly on the wrist.

Finally, the bracelet is in patent black alligator skin, exactly as Pierre Arpels required. The innovation lies in the assembly of the leathers: they have been manually glued to each other so as to do away with visible stitching.