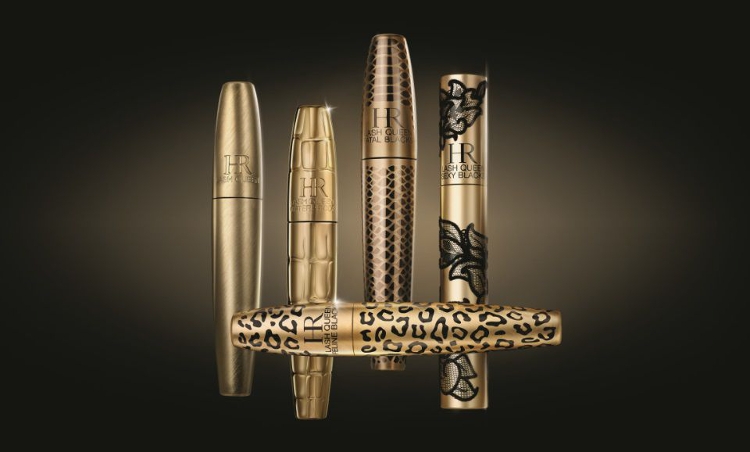 In 1939, Helena Rubinstein launched the world's first waterproof mascara. What better occasion than the water ballet event, opening at the International Exhibition in New York, to show its efficacy?

From that moment on, women enjoyed the benefits of wearing mascara without worrying about it running, and waterproof mascara became a must-have. Twenty years later, the visionary creator launched yet another new innovation: the automatic Mascara-Matic. From here on, mascara was in the form of a fluid, and was stored in a steel tube containing a brush. Women waved goodbye to their old compact mascara cases.

Madame never stopped revolutionizing the world of cosmetics. The two world wars changed how women lived, and their beauty routines had to be updated too. This is what inspired the mascara we know today: in a tube.

Quickly, Mascara-Matic was re-branded Long Lash. Instead of simply being a makeup product, mascara became a precious item. Helena Rubinstein was the first to pay particular attention to the way her products were packaged. Everything was designed to give the impression of luxury. This is most obvious in the volumizing Lash Queen collection in which every mascara nestles in a sheath illuminated by golden sparkles, and each tube features different metallic effects. Lash Queen Fatal Blacks is covered with delicate flakes, whereas Lash Queen Feline Blacks is dressed in leopard print, and Lash Queen Sexy Blacks is wrapped in a black lace corset.

The revolutionary mascara was re-baptised Lash Queen Mystic Blacks in 2014. Inspired by Berber women who contoured their eyes in small dots to emphasize their almond shape, Helena Rubinstein created the first mascara designed to reproduce this 'liner' effect.

The Lash Queen Mystic Blacks case, a deep shape of inky black, is ringed by a golden circle – a tribal seal of beauty.

Since its creation, the Lash Queen range has had an overwhelming success, and Helena Rubinstein marks the origins of mascara innovations.

More in this category: « Chanel Spring Collection Luxury cosmetics Shiseido »
back to top