Mademoiselle Yulia in Tokyo with Dior 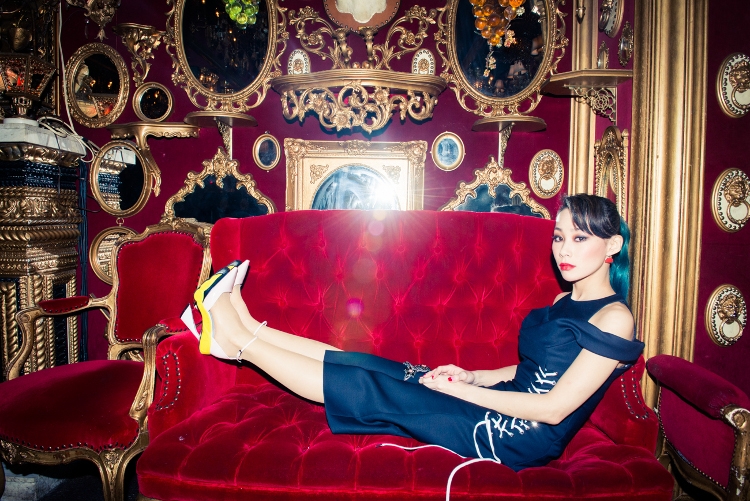 It’s in her apartment, surrounded by a collection of Barbie dolls and unicorns, that she finds the inspiration for her daring fusions of colors and materials, as illustrated in the look shot in the gardens of the Imperial Palace in the center of Tokyo. She chose to wear an orange kimono and a turquoise blue Lady Dior bag, in a coming together of Japanese tradition with the modernity of the French couture house. After the shoot, Yulia took the team from the fashion site The Coveteur to some of her favorite places. The first stop was the vintage toy store Spiral, hidden in a little backstreet in Harajuku, in which the world of manga and ‘80s American series is concentrated in a space less than 20 square meters in size. The second stop was the Trump Room, an ultra private club situated on the top floor of a building that from the outside gives no indication of the location it houses.

Inside, the baroque decoration is breathtaking: hundreds of mirrors, little shelves and quirky objects fixed to red velvet-covered walls fight for attention with the mirrored bistro tables. The third visit was to one of her favorite karaoke joints which comes with a stunning view over the Shibuya district. What’s more, Yulia chose to wrap up the shoot in the middle of all this urban bustle in a long Dior dress, a subtle nod to one of Raf Simons’ main inspirations.

Click here to discover the full series of photos

More in this category: « Addict to lash Luxury backpack from Givenchy »
back to top