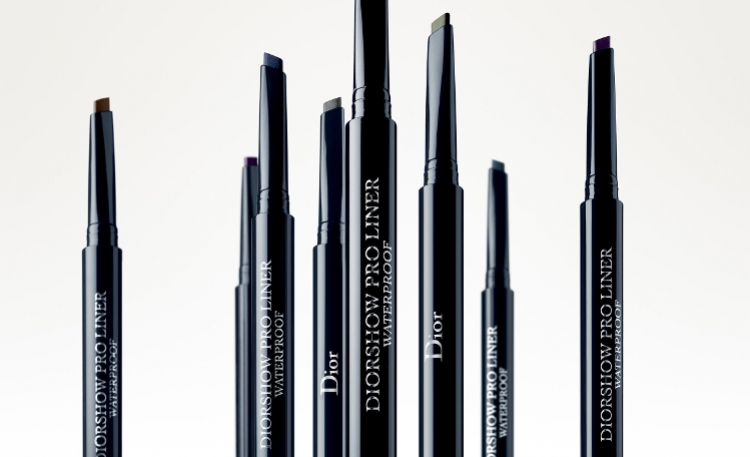 Part of the new Diorshow range designed by Peter Philips, the Creative and Image Director of Dior makeup, this pen allows the wearer to create customized lines, thanks to a slick of liquid liner, with the application ease of a pencil and an optimum hold. Like a sketch, the pen provides a reinterpretation of Dior beauty as it sweeps the eyes with a graphic line.

Reconceived by Peter Philips, the Creative and Image Director of Dior makeup, the new Diorshow Mascara pumps up lashes with customized volume thanks to an oversized brush and microfiber-enriched formula that envelops and densifies them for an added-lashes look. Its wand wiper reinforced by the Air Lock TM system prevents air getting into the mascara and guarantees that same fresh texture down to the final application. The coated lashes that result create an effect of feminine and graphic beauty

More in this category: « The first rays of sun in a misty morning Prada Ss16 Men’s And Women’s Fashion Show »
back to top